The History of Carhartt Workwear

Carhartt, the American workwear manufacturer began life back when Benjamin Harris was the nation’s President, almost a quarter century before the outbreak of World War I. Its founder, Hamilton Carhart, conceived the enterprise in Detroit, Michigan in 1889, and immediately altered the spelling of his surname to stand out from the crowd. Carhartt, then but a twinkle in Hamilton’s eye, was born.

The idea for his first product, known as the Carhartt Bib Overall launched later that year; came to him after conversing with rail-road workers. Picking the workers brains, the businessman found that they preferred garments that were handmade, and set to work on creating an overall tailored to their needs. Made from master cloth (their signature long-fibre cotton weave), the Bib Overall utilised triple-stitched seams and rustproof buttons in order to please workers from a variety of blue-collar occupations. An honest value for an honest dollar, was how Hamilton put it, and his quality, breathable garment soon dove-tailed as subsequent products entered the market. 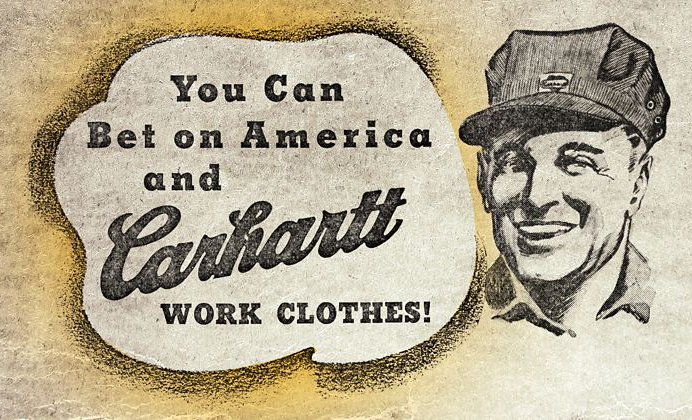 Standing for durable construction, cutting-edge design and exceptional standards of comfort, the Carhartt brand’s use of extra-strong button holes made them a hit with workers from the outset. It’s no surprise then that by the time of World War I, Carhartt was in a position to supply uniforms for the U.S. Army as they deployed to Europe. Carhartt’s utilitarian clothing range had gone from four sewing machines and five employees in 1889 to the government’s preferred choice of hardwearing kit, fit for a soldier.

Though the Great Depression of the 1920s heralded tough times for Carhartt, with the brand downsized to just three plants at the height of the crisis, Hamilton and his son, Wylie, rode out the storm and began to rebuild. Their Back to the Land campaign sought to restore values held by the American public after the war, and to provide solid, hard-wearing work clothes for the new generation. Their Irvine, Kentucky operations were even joint opened by the townspeople of Irvine, and the company’s Manufacturing Administrative offices are located in the town to this day. 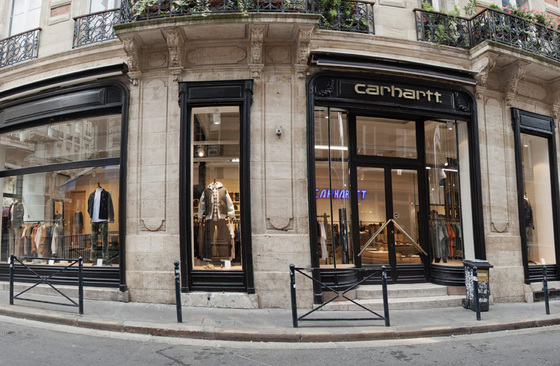 Using the motto “from mills to millions”, Carhartt enjoyed a great deal of prosperity after the Depression, growing to establish some seventeen plants and mills throughout the U.S.A., Canada and Europe. From denim mills to cotton production, the company was at the forefront of blue-collar work clothing for the masses. Hamilton Carhartt lived to see his enterprise survive the downturn, before passing away in 1937. Through the following decades, Carhartt’s coveralls, vests, coats, jackets and jeans continued to find a home in the hearts of millions of American workers. Hamilton’s family have continued his vision, evolving and reshaping the original blueprint to fit a modern market.

We’re proud to help spread the History of Carhartt Workwear to the modern market, and you can find out more about the prestigious brand by viewing our Carhartt range online.